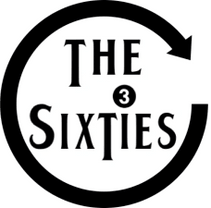 "The 3 Sixties certainly live up to their billing as 'The Authentic Sounds of the 60s'. They gave slick and polished performances when they appeared at Retro Festival and really wowed the audiences so we'll certainly be inviting them back. And they're a really great bunch of guys too!"

The  feedback from the audience at the last 3 Sixties show at The Jam House,  was that the night was one of the most entertaining nights they have  had in a long time.   I would recommend The 3 Sixties as a band with a  great attention to detail, a relaxed & professional attitude and a  fantastic repertoire.

The  3 Sixties sense of professionalism and musicianship was matched by  their fantastic set of 60’s songs and a great reception by this years  amazing crowd. The 3 Sixties were a firm favorite with our audience  & I’m sure we’ll be working with the guys again in the near future. I  urge anyone looking for a truly authentic & energentic 60’s group,   to check these guys out.

The  3 Sixties certainly know how to put on a show.  In short, the band  are  clearly passionate about what they do and that passion is expressed  through their live performance.  From our initial conversation leading   up to the event  through to providing us with a fantastic night of  brilliant music, the lads were a pleasure to work with. I'm sure that if  you get chance to catch their brilliant set, they will leave you with  the same conclusion!

Expanding  year on year & always looking for something new & fresh, the  team at Skybolt always aims to appeal to its long time supporters as  well as attracting new people to the event. After our last & hugely  successful show, I would recommend  The 3 Sixties to anyone looking for a  band that has such a wide appeal. I have been happy to forward the  bands details on to a number of people aiming to find a professional act  with a fantastic repertoire for their event . Good lads playing great  music.